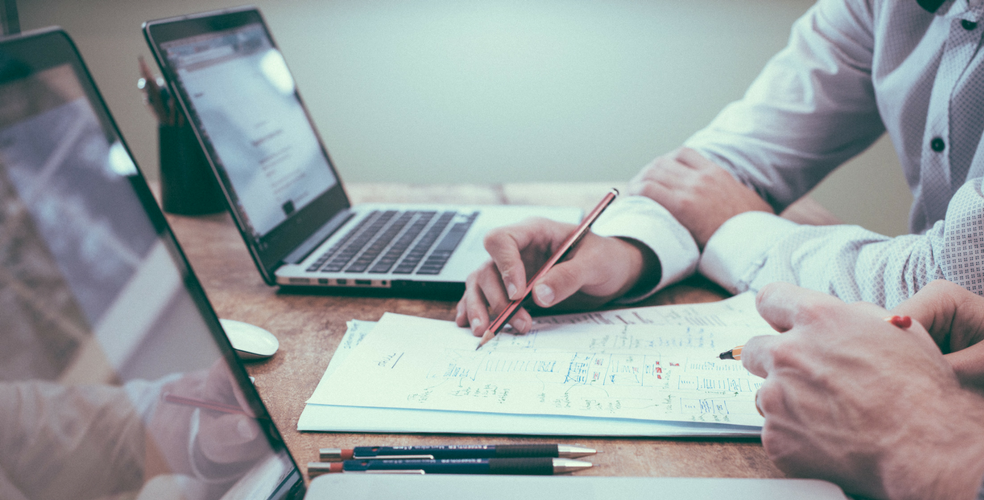 Alex Malouf: My 2018 Predictions and Hopes for the PR & Communications Function

I’m writing this in the spirit of the very best forecasters, the people who put thoughts onto paper at the beginning of the year which turn out to be so wide of the mark a couple of months down the line that I will be forced into hiding.

1. More Online Regulation – 2017 may have been a great year for the likes of Facebook and Google (both registered record-high share prices in 2017), but last year may become a Pyrrhic victory for them, and other social media firms. Calls are growing in the US for broadcast regulations on political advertising to include social media following alleged Russian meddling in the 2016 Presidential elections, whilst European regulators are exploring how they can force the likes of Facebook, Google and Twitter to take more action on extremist content online – this will include fines. Even in the region, there’s a concerted effort to update laws to better regulate topics such as influencer marketing – keep an eye out for the UAE’s new digital legislation in 2018. Whatever happens in 2018, expect social media platforms, and the content hosted on them, to be more closely regulated.

2. Expect more Online Crises – This may not be that surprising (yes, I can see you scratching your head and wondering why I’ve put this in). But I don’t mean an irritated consumer posting a piece of content about their poor customer service experience. Rather, I’m talking cyber-espionage, hacking, and whistleblowing. Last year we witnessed political disputes which were initiated by website hacks, a sustained series of leaks from email accounts which had been broken into, the hijacking of social media accounts, and more whistleblowing leaks. 2018 won’t be any different; in fact, this year will only see even more illegal activity online. 2018 could be the year when online hackers shift from politics to brand-jacking, targeting corporates for money (think bots artificially spreading content that impacts brand and corporate reputations). As an industry, we’re going to have to do a much better job of understanding the technical aspects of the online world.

3. The Agency Model Breaks/Evolves – This isn’t an issue which has gotten nearly enough attention over the past couple of years (with the possible exception of the good work done by the team at the Holmes Report). Agencies aren’t making much, if any, money these days. Costs are high, talent is scarce, and clients are cutting budgets or shifting money into other areas. Publicly-listed PR agencies are looking at single-digit growth globally, and geographies which offered more, the likes of China and the Middle East, have also slowed down. With more competition both within the industry and without the industry, especially from the advertising and management consultancy sector, will 2018 be the year when agencies look to change how they approach client servicing, or is it the year when clients look to alternatives. There’s already a growing trend in the Middle East to embed agency people into the organization, essentially turning them into contracted roles, especially in government and semi-government organizations. Time will tell, but it’s clear to me that we need a healthy agency model for us to sustain the industry.

1.Gender Equality – 2017 was a defining year for gender equality, with campaigns such as #MeToo underlining how much still needs to be done for women to have parity with men in the workplace. Unsurprisingly, these campaigns passed over much of the Middle East, with little discussion of sexual discrimination. With others leading by example and not just words (Iceland is the first country in the world where companies with 25 or more employees now need to get government certification to prove that they offer equal pay for work of equal value), will 2018 be the year when the industry promotes gender equality? Some agencies have already begun; following her appointment as the new CEO for MEMAC Ogilvy in September, John Seifert, Ogilvy’s worldwide chief, said Patou Nuytemans would be “a real agent of change” for the company. “Patou is one of our boldest and bravest leaders,” Seifert said. “She will be a brilliant role model for a whole pipeline of young female talent who will become the leaders in our business.” I’m hoping for more positive change for all the women working in our industry.

2. Merit-Based Hiring – I’ve talked about merit-based hiring before, and the damage that is being done to the industry by unsustainable practices, especially hiring based on nationality. We’re already facing a hiring crisis in cities such as Abu Dhabi and Doha when it comes to government entities and communications roles; there’s not enough experienced nationals to fill these roles, and expats are often only offered one-year contracts, which just isn’t good enough to attract the right talent.  Both the private and the public sectors need to work together to understand how to create a long-term plan that encourages Arab nationals to join the industry/function. Governments also need to appreciate the importance of diversity in their communications function, especially when communicating with a diverse range of stakeholders (and communications leaders in the government sector, especially expats, need to start speaking truth to power). We’ve got to move away from quotas/filling roles with certain groups, and think differently to ensure that we have the right people in the right roles. Only then will communications be valued and used as much as it needs to be.

3. Promotion of Arab talent – We’re facing a shortage of Arabic language natives in the industry. This has been exacerbated by challenges in bringing Syrians into the industry (Egyptians, Jordanians, Palestinians and Syrians make up the vast majority of talent in the industry who can read, speak and write Arabic fluently). With the Eastern Gulf facing its own issues due to a focus on English-language across education systems and at home, the PR industry has to address the Arab talent question. It needs to do more with universities across the region and prioritize promoting communications and public relations as a viable career option for Arab nationals. The industry also needs more Arab national role models who are willing to step up and act as role models for others (considering how many agencies and communications professionals there are in the region, there are simply not enough visible leaders and mentors, both from the wider Arab world and especially from the Gulf). Let’s hope 2018 is a good year for Arab talent.

4. Better Government Engagement – The past couple of years have seen a transformation in terms of how governments in the region communicate with their stakeholders. Government leaders are online, on social media, and they’re actively pushing out communication. This year is transformational for two countries in the Gulf, namely Saudi Arabia and the United Arab Emirates, with the introduction of tax. As the American saying goes, taxation leads to representation. This may not be the case in the Gulf region with the expatriates, but now that we have a proper taxation system in place, there will be more questions from expats especially as to where the money is being used. More transparency and engagement from the region’s governments will go a long way to building trust with the public. If governments are going to continue improving how they communicate, they’ll need a more diverse set of communicators, both in-house and agency-side (see point 2).

There you have it, that’s my wish list for what I’d like to see the industry doing this year. Do you agree, and do you have any more you’d like to add? As always, I’d like to hear from you.

About the author: Former journalist Alex Malouf has carved out a niche as a lively voice in the Middle East's burgeoning media scene, combining razor-sharp observations with a keen understanding of the forces that underpin the region's digital transformation. Much of which, no doubt, is informed by Malouf's day job at P&G, where he manages reputational affairs for the Middle East's largest FMCG. Malouf's experience and roots in the region are not the only things that set him apart — he is also a highly visible advocate for modern public relations, serving in senior roles on numerous industry organisations.