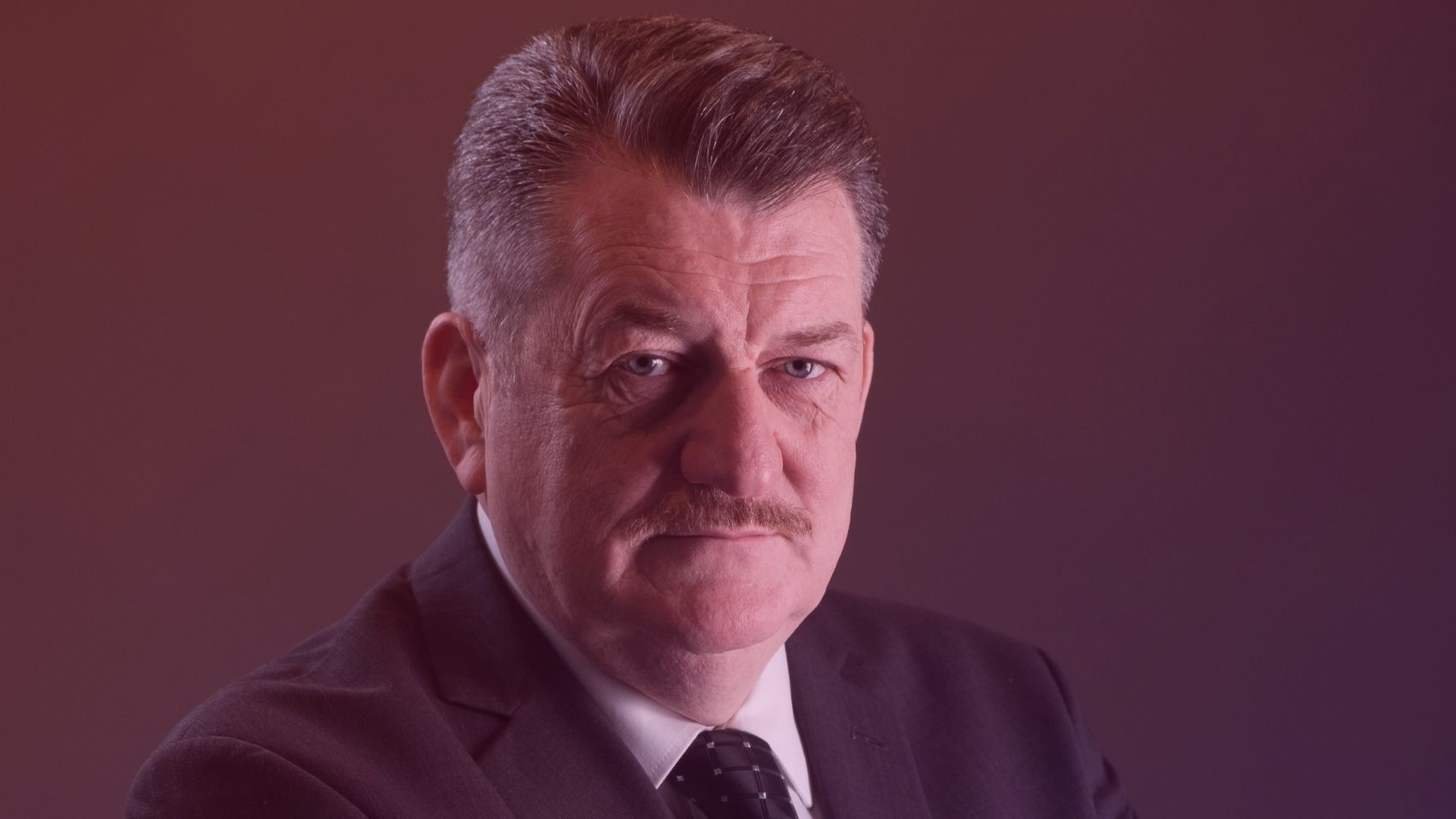 Donald Steel is one of the world’s leading crisis communications experts. A specialist in reputation and issues and crisis management Steel works with companies in the UK, Europe, Middle East, and the Asia Pacific. He was previously the BBCs Chief Communications Adviser and was for 11 years the Corporations Chief Media Spokesman.

The BBC Academy, Europes largest broadcasting training facility, made him its first Associate Fellow in 2010 and he was elected a Fellow of the Royal Society of Arts in 2009. In addition to his own practice, he is Associate Director of Crisis Communications at Kenyon International Emergency Services, the world’s largest commercial disaster responder and a director at Johnston Associates, a leading aviation PR company based at London Heathrow.

Steel is delivering a one day, full interactive workshop at the 19th edition of the Crisis Communications Boot Camp in Zurich. For more info click here.

What do you think are the biggest mistakes that companies make when it comes to crisis management?

Firstly, a failure to respond quickly enough. This is even more true in the instant social media age, where a crisis is often played out live on social media. It allows others to seize the agenda. Once you lose you control, it’s hard to get it back. Secondly, a failure to tell the truth. Lying is a very bad strategy in a crisis, if it’s discovered.

What was your most challenging experience in your long career as a communications expert?

Two months after I began as head of the BBC Press Office in London, the most popular TV presenter in Britain was shot dead on her doorstep one morning. Jill Dando was about to get married and she had just presented a charity appeal for the people of Kosovo. Initially, terrorism couldn’t be ruled out.

The so-called “Golden Hour”, in which you have time to get your first statement together, is completely finished.

We began to receive a huge number of threats against individuals at the BBC. It plunged the BBC into a crisis. Jill’s fiance, family, friends, and colleagues ended that day with a terrible new reality that did not include someone the whole nation adored. There was real and justifiable fear amongst many prominent artists, many of whom I spoke to.

I learned that the most important impact of a crisis is on human beings. When you lose money, it’s important, but you can work hard and make some more. When someone dies, they cannot be replaced. It’s all about the victims.

With rehearsal and training, a crisis plan is worthless. In a crisis, people will not be familiar with their roles and your plan in untested. A good crisis plan will focus on what’s known as consequence management.

The range of actions it describes should cover the wide range of things that can happen in your company, from an inability to trade to loss of life. All crisis are predictable. If they are predictable, then they can be planned for.   We never allow the word “unprecedented” to be applied to a crisis.  There’s no such thing.  All crisis are a reiteration of something that has happened before.  Just in a different place.

I still find myself occasionally shouting at the television,’It’s not about you!’ when I see someone talking about the impact of a crisis on their well-remunerated existence, when people have been killed or injured or consumers affected.

One of the things that is widely misunderstood about crisis management and communications is how it should be evaluated. Too much weight is placed on the howl round of comment and criticism on social media and the mainstream media in the midst of a crisis, much of which is time-filling until something more interesting happens. The real test for a business is whether the actions taken were successful in protecting the company’s value and ability to make a profit in the future.

Or in the case of governments and NGOs success can be measured by the impact on public trust.  This is something we’re looking at very closely in the UK at the moment. The global aid charity Oxfam was hit by revelations that aid teams had been involved in sexual exploitation on assignments. The crisis has affected public trust in many other UK charities.  It is a wake-up call that trust must be at the heart of everything we do and say.

Who in the company should be involved in the crisis management process?

A good crisis plan defines different levels of crisis – often three, and outlines the roles and responsibilities for key individuals within the company. The CEO’s role, for example, will not usually be to manage the crisis, but to set the strategy and where appropriate to focus on communicating the company’s position. This is, for example, what would happen in most major airlines after a serious accident.

Other key roles need to be identified, and importantly you need to work out how you can mobilize these individuals very quickly indeed. I haven’t dealt with too many crises that began during office hours. In the middle of the night, when they are called, the key personnel need to know exactly what their roles and responsibilities are – these may differ from their day jobs in a crisis.

What are the most important things that every company should consider when doing media interviews during crisis situations?

It is too late to undertake crisis media training when the BBC and CNN are outside. Invest in it now. Where people are affected in a crisis, your interview responses should be focussed on them, and with them in mind.

I still find myself occasionally shouting at the television “It’s not about you!” when I see someone talking about the impact of a crisis on their well-remunerated existence when people have been killed or injured or consumers affected. You may be faced with an aggressive interview, and you need to be prepared for it.

In times of crisis CEOs are usually the ones that should take the responsibility. In what cases should a CEO of a company resign?

There are many factors in whether there should be a change at the top in a crisis. One is the culture where the company is based. It may be that it is going to be best for the CEO to stay and manage the company through a period of great instability. Sometimes that is just untenable.

A good example of this is the resignation of VW CEO Martin Winterkorn. There’s no suggestion he knew about what was going on at VW, but in a crisis which is threatening the entire future of the company, and damaging the image of German manufacturing, he could not have survived for many more days in the role.

Robert Jensen, the highly experienced CEO of Kenyon International Emergency Services, the world’s leading commercial responder to incidents involving death or injury, believes that if it’s clear you should go, you are better to resign quickly than be pushed. That way, you retain some sense of personal integrity.

Social media has changed the game for many companies and has made them more prone to crisis than ever before. What is the key to effective crisis management online?

I’m not sure I agree that social media has made companies more prone to crises. In fact, I do not believe there is any such thing as a “social media crisis”. The impact of an event determines whether it is a crisis, not where it is being discussed. We’ve seen that social media can draw attention to something that becomes a crisis and can amplify it.

Social media also presents companies with a terrific way to reach consumers directly. What social media has changed is the speed and intensity with which a crisis develops. The ability to send pictures and video is extraordinarily powerful. And now Facebook, and other social media, enables us to view the situation live. It means that companies must respond very rapidly in an emergency.

The so-called “Golden Hour”, in which you have time to get your first statement together, is completely finished. We recommend clients respond on social media within 15 minutes of an incident involving death, human injury, or threat to life and safety. That’s very challenging. You can only do that if you plan, prepare and rehearse. And make sure your social media team are in the first wave of call-outs in a crisis.  They will be in the front line.

Throughout your 30 years career, you have seen many crises. What company do you think has the best example of effective crisis management?

Richard Branson, of course, in almost any situation. He brings a huge reservoir of trust, carefully built up over many years, to every situation. But more recently, Tony Fernandes, the charismatic CEO of Air Asia brought the crisis communications playbook to life after one of his aircraft was lost last December. Quick, clear, sincere and human, almost all of his communication was directed towards the families who had lost loved ones.

He was highly visible, and his lack of polish made him seem all the more genuine. Throughout the crisis, he never forgot his staff, who were also grieving. They had an airline to run and he used Twitter to bolster up his team (or Air Asia All-Stars, as he calls them). “Stay strong”, he told them, redolent of the phrase “Keep calm and carry on” used by the British Government during the Second World War when the public began to show signs of damaging fear in the midst of repeated bombing.

Mr. Fernandes later said that while he had rehearsed for such an event, “nothing can prepare you for this”. But behind him were a team who were clearly carefully practiced and ready for this terrible moment.

You are currently advising many different companies on crisis ranging from mass fatality to allegations of corruption.  What are the biggest risks for companies?

This varies depending on the type of company or organization you are, and what your business in.  However, almost all organizations are putting cybercrime at the top of the risk list.  You must prepare for the possibility of cybercrime.  Some experts say it is a question of “when” not “if” you will be compromised.   You must have a special plan for cybercrime and you must rehearse it.

Secondly, recent events, from the mass shooting of worshippers at a synagogue to the terrible Lion Air crash in Indonesia, remind us that crisis strike without warning.  We can never take the risk completely out of life.  But we will not be forgiven for not being prepared.  The public expects our priority to be the care of everyone affected.  There is no time to rehearse when a crisis strikes.