Welcome to the second edition of the PR Measurement Boot Camp, this year's leading training on the latest trends in PR measurement.

!!! Are you a member of IABC ATLANTA? Book today with 20% exclusive discount !!! 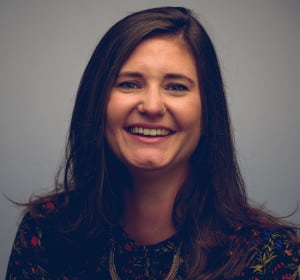 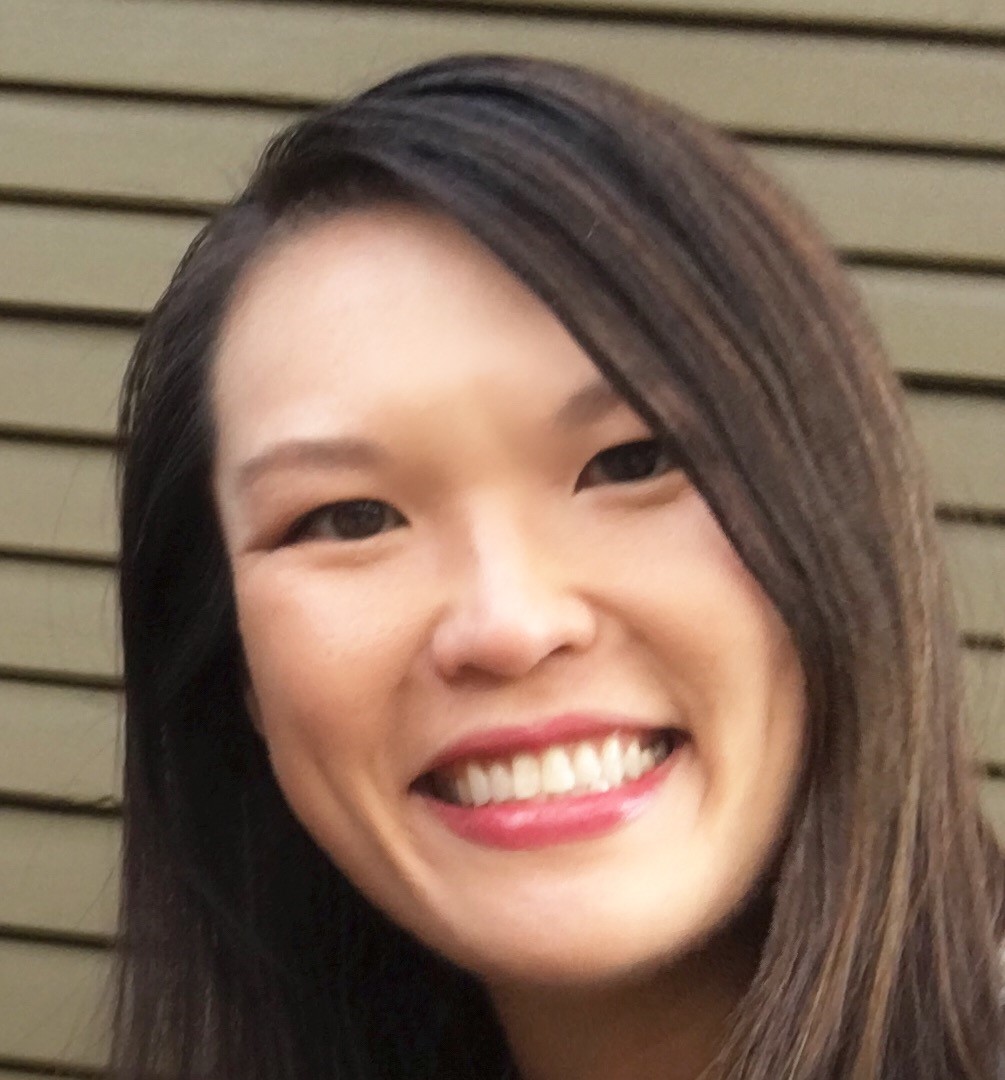 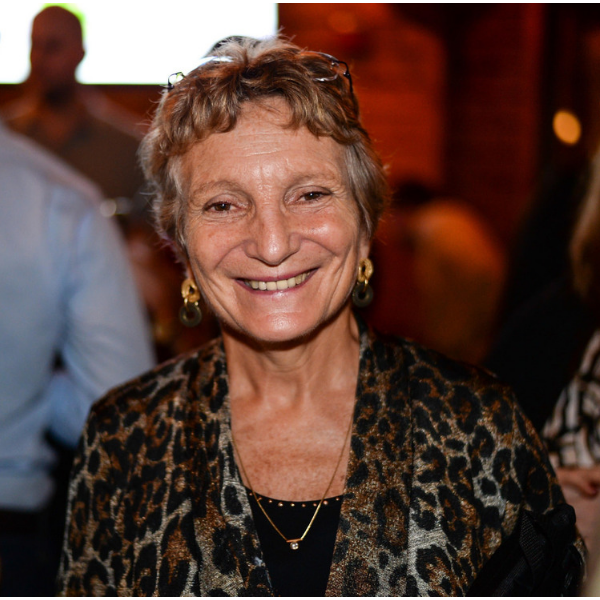 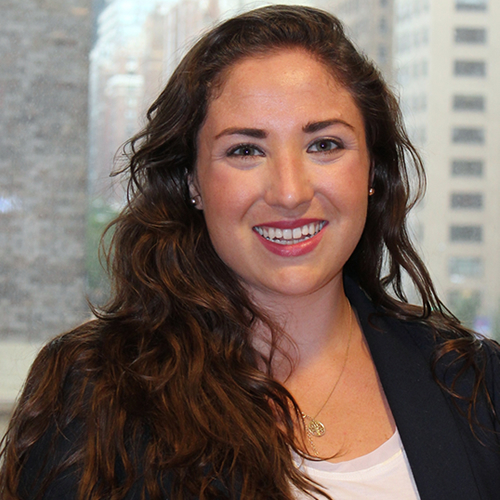 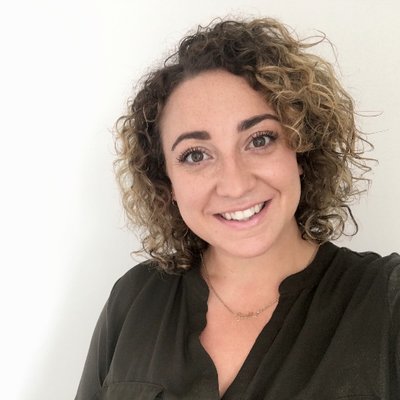 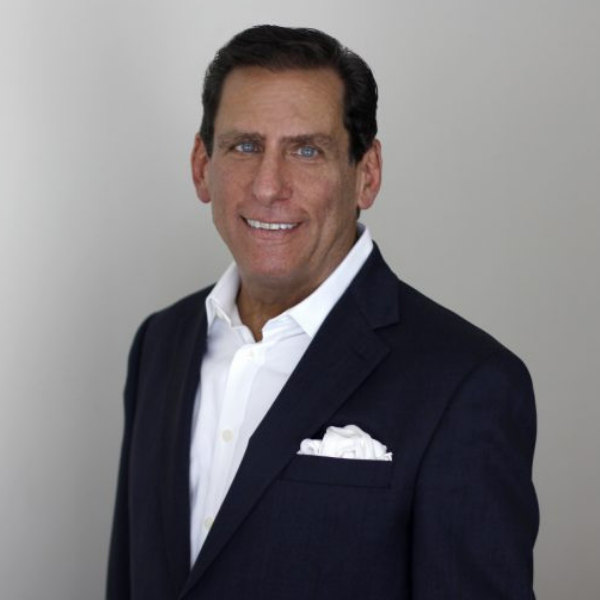 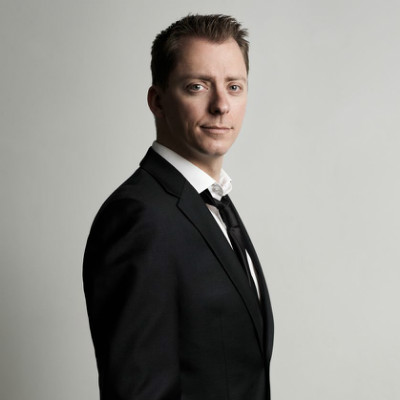 Overview of the Current PR Measurement Trends: Where Are We and Where We Need to Be?
In this opening session, Nicole will give you an overview of the current state of PR measurement and which benchmarks do you need to scrap and which you need to implement and are critical for your success. The session will also look at the progress done in this arena and more importantly, the work that still needs to be done.

Peer-to-Peer Measurement Work Groups
Huddle with your peers to solve some key challenges in the areas of data, measurement and analytics trends. In this workshop, attendees will be grouped by organizational type to work through how to measure the effectiveness of messaging to a target audience, helping to define the key KPI that ties to your organization’s bottom line. You'll be sure to leave this workshop armed with ways of measuring the persuasiveness of your efforts and how they contribute to your organization’s success.
Katie D. Paine, Founder, Paine Publishing (aka PR Measurement Queen)

Integrating Data Insights Across Paid, Earned, Social and Owned Media
- Establish specific measurements for each aspect of your campaign—and for each media type
- Use storytelling tactics to amplify earned media placements and social media reach
- Test the effectiveness of your messaging before boosting posts and ads
- Leverage video storytelling tactics and measurement across channels
Dana Schmidt, Director of Social Media, Visit Philadelphia

14.30 Interactive Discussion with Speakers and Delegates
14.45

In the world of public relations, we see many promises for measuring public relations “return on investment” or “ROI.” Unfortunately, there exists much confusion surrounding “Quantifying ROI” (a measureable financial return) and “Proving Value” (a subjective measure which changes from company to company and even from one person to another within the same company). We in public relations undermine our professionalism by using these terms interchangeably (while the C-Suite certainly knows the difference).  In this session, we share case studies for both proving value and generating a return on investment.
Mark Weiner, Chief Insights Officer, CISION

Closing Discussion and End of Day One

Full Day Interactive Workshop with Measurement Expert Jesper Andersen: Getting Started with PR Measurement - A Step by Step Approach
Attending this interactive workshop will enable you to:
- Understand why measurement and analytics is important to PR professionals
- Develop a successful measurement strategy
- Turn data into insights
- Listen more to consumers and understand the gap between what companies think they are delivering and what stakeholders want
- Use Communications Research to Drive Business Results

About Your Expert Workshop Leader:
Jesper Andersen is the managing director and lead strategist of Quantum Public Relations, a Danish consultancy specialised in communication measurement and evaluation. By creating insights, Quantum Public Relations provide clients with ways to improve their communication to help them fulfil their purpose and reach business objectives. For the past decade, he has worked in Public Relations for some of the largest brands in the Nordics and been the head of press relations for VisitDenmark and NCC Construction. He is a popular guest speaker and has been a keynote and panel participant at e.g. Effekt Agenda 2016 and AMEC Summit 2016. Jesper does consultancy for both private companies, public sector institutions and NGO’s – including the European Union’s Regional Development Fund and Interreg co-operation. In 2016, Lissted in the UK put Jesper at number 83 on the list of the Top 100 PR Measurement Influencers in the world. 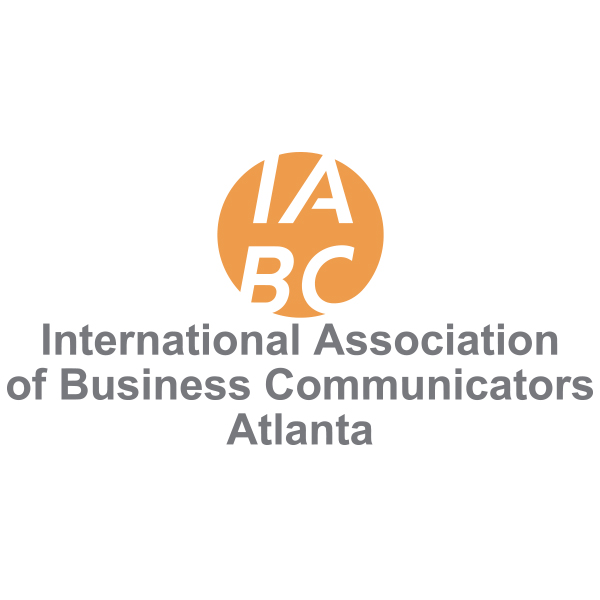 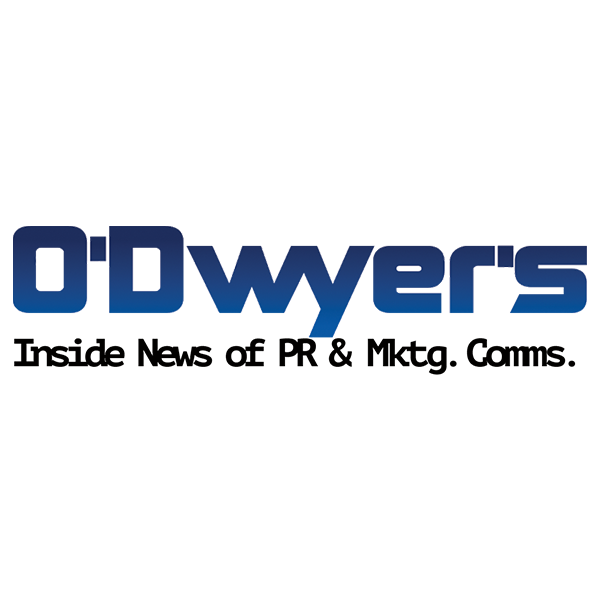 Hyatt Regency Atlanta is in the heart of Atlanta, just blocks from sports and concerts at Mercedes Benz Stadium, events at the Georgia World Congress Center and attractions like Centennial Olympic Park. The Peachtree Center MARTA train station is next door, connecting us to the airport (a 30-minute ride) and making our hotel the perfect base to explore Atlanta’s neighborhoods, restaurants and rich history. 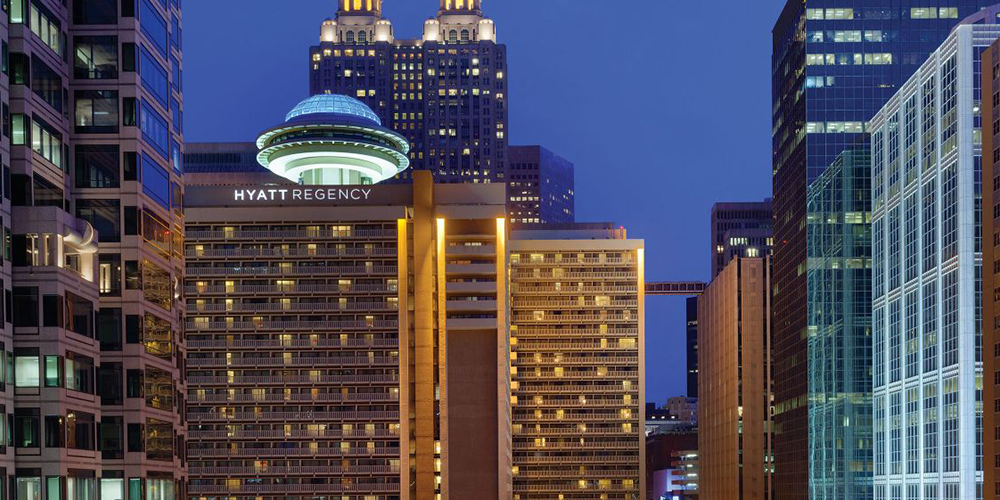 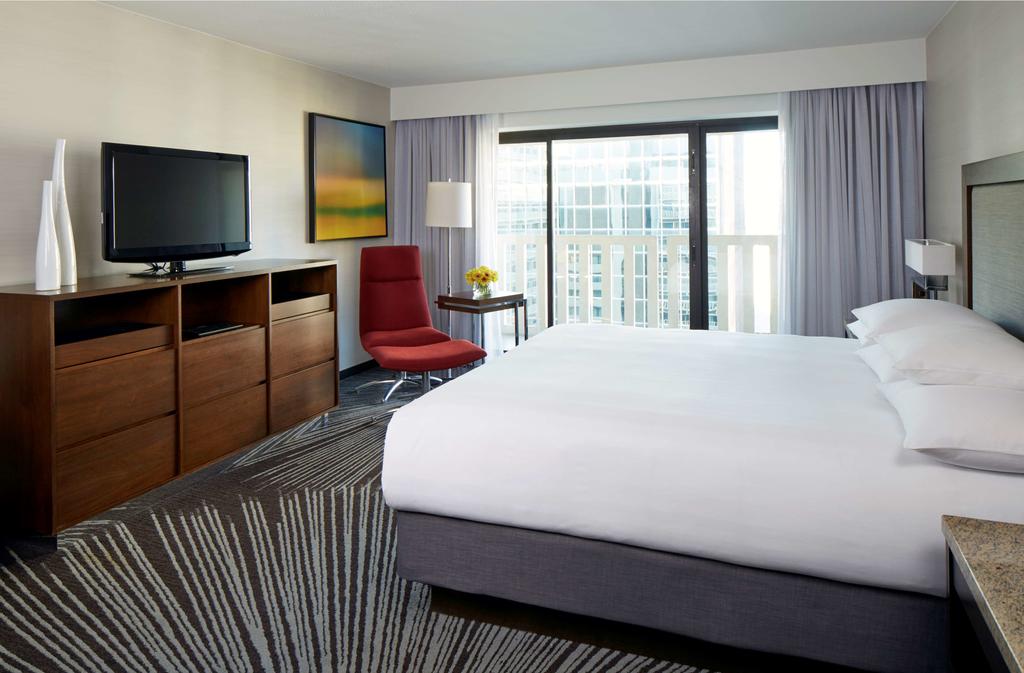 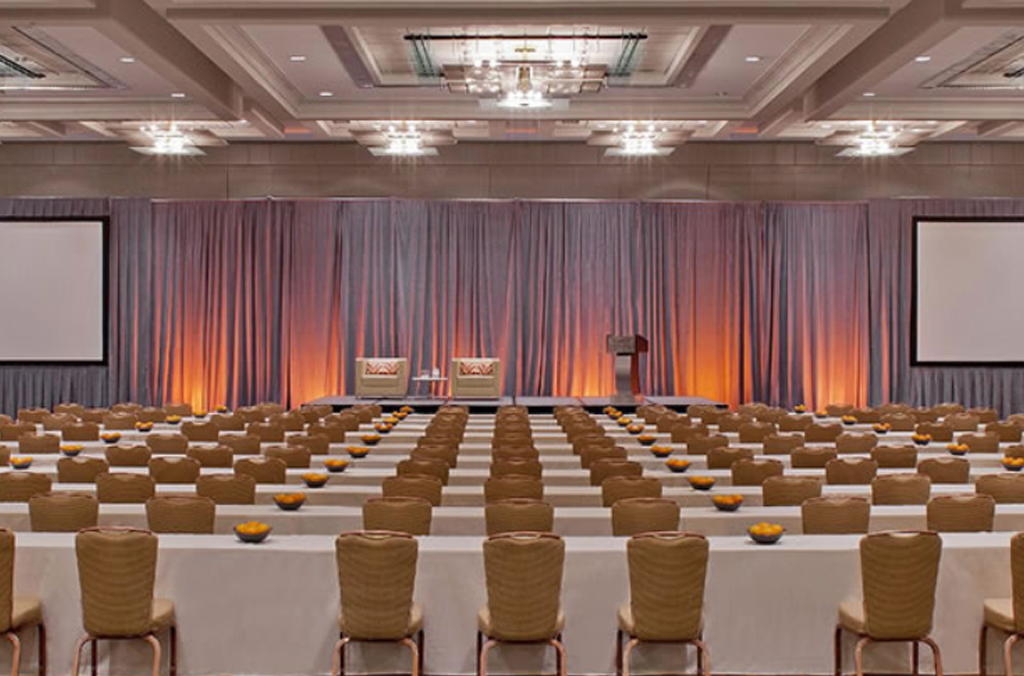 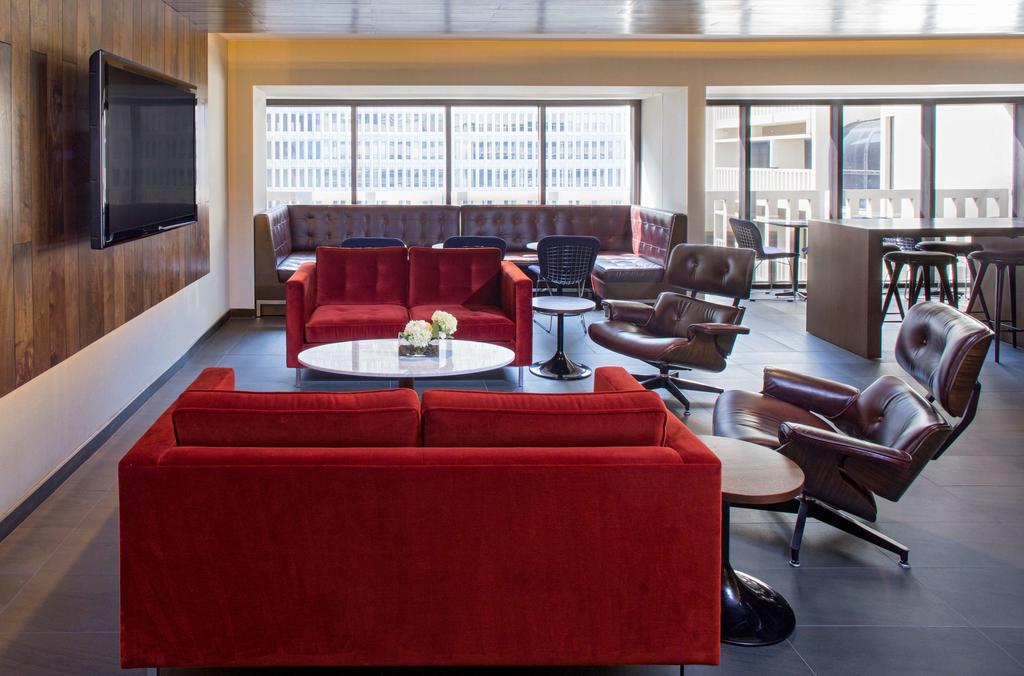 Dr. Jennifer Bruce is the Global leader of Communications Measurement and Insights for Adobe Inc. Jennifer drives the communications measurement strategy to help uncover meaningful PR and social insights that impact business decisions for Adobe's brand, Digital Media, Digital Marketing, and Document Services verticals. Prior to her current role she lead social media insights research at Adobe and Dell. She is a member of the Institute for Public Relations Measurement Commission. Her professional experience also includes market research and data science. She holds a Ph.D. in Social Psychology from Purdue University with a focus on attitudes and persuasion.

Katie Delahaye Paine, aka The Measurement Queen (@queenofmetrics), has been a pioneer in the field of measurement for three decades. She has founded two measurement companies, KDPaine & Partners Inc., and The Delahaye Group.  Her books, Measure What Matters (Wiley, March 2011) and Measuring Public Relationships (KDPaine & Partners, 2007) are considered must-reads for anyone tasked with measuring public relations and social media. Her latest book, written with Beth Kanter, Measuring the Networked Nonprofit:Using Data to Change the World, is the 2013 winner of the Terry McAdam Book Award.

Her latest company, Paine Publishing is the first educational publishing firm entirely dedicated to making more Measurement Mavens. Its newsletter, The Measurement Advisor, is the industry’s most comprehensive source of information about best practices in communications measurement. In her consulting practices, she designs measurement dashboards for some of today’s most admired companies. Katie has also been a leading promoter of standards in the PR and social media measurement field, most recently as the initial organizer of The Conclave that released social media measurement standards.

She started the first blog and first newsletter devoted exclusively to communications measurement. In 2013, she was inducted into PRNews’ Measurement Hall of Fame. She was named the Society of New Communications Research “Fellow of the Year” for her work in support of social media research.

More recently, Katie was named one of “25 women who rock social media” by Lee Odden’s prestigious Online Marketing Blog. In 2008, she was named one of PR Week’s Power Players for her advocacy of PR measurement. Her firm won both the 2009 and 2010 New Communications Award of Excellence for its breakthrough work in social media research.

Nicole Moreo has a proven track record of looking beyond metrics and developing analytics programs that have a direct impact on strategy and business outcomes for her clients. Nicole’s expertise and focus lies in being able to tell a holistic data story for all Ketchum clients. To do this, she looks at a clients’ data across the paid, owned and earned spectrum. She integrates data points from traditional media, social media, web analytics, search engine optimization, primary research, digital ads and CRM to identify the trends and insights that lead to smart and sophisticated strategies.

Prior to joining Ketchum, Nicole built the Analytics practice at Peppercomm, a digital communications agency based in New York with offices in San Francisco and London. Nicole oversaw a team of data scientists, analysts and researchers that worked to connect strategy, tactics, audience and results for clients across a variety of industries. Using the latest ideas in digital, statistical, analytical and market research, Nicole is known for finding the answer of “what does success mean to you”.

Nicole is Vice-Chair of AMEC North America and was named as one of the top 25 innovators in America by the Holmes Reports in 2016. She attended Washington and Lee University with a focus in Economics.

Stella Bayles is the co-founder of PR technology CoverageBook. Stella also hosts the PR Resolution podcast and authored PRs Digital Resolution, an ebook on the digital future of PR.

Prior to working in PR software, Stella spent 14 years agency-side, first in traditional PR, then specialising in SEO-PR for major European brands. Her unique approach led to multiple award wins and increased her agency revenue by 85%.

Stella now shares her knowledge with others in the Public Relation industry both in the UK and USA through university lectures, conference talks, webinars, blogging and her podcast.

Mark Weiner is the CEO of PRIME Research, LP.  One of the world’s largest public relations and corporate communications research and consulting providers, PRIME employs more than 600 analysts and consultants who combine talent with technology in serving clients around the world.  Since 1993, Mark has devoted his career to helping many of the world’s most respected organizations and brands to demonstrate and generate a positive return on their investment in corporate and brand communications.  He is the author of “Unleashing the Power of PR: A Contrarian’s Guide to Marketing and Communication” published by John Wiley & Sons and has contributed chapters to three other texts.

Weiner is a visiting professor for The Executive Education Programs, S.I. Newhouse School of Public Communications at Syracuse University and has lectured at many of the nation’s leading university public relations programs. He is a regular contributor to PR Week, IABC’s Communication World, PRSA’s Tactics, The Strategist, and Commpro.biz/PR-ROI.  He sits on the editorial advisory boards of The Strategist and PR News, and has written more than 100 published articles and papers.  He is a frequent speaker on the topics of public relations return-on-investment, corporate reputation and integrated marketing communication at international, national and local conferences such as AMEC, The Institute for Public Relations, The Conference Board, ABERJE, the Association of National Advertisers, The American Marketing Association, The Arthur Page Society, IABC and PRSA.  Under his guidance, PRIME has earned many “Best PR Research” awards including The Diamond Sabre (Holmes); The Platinum Award (PR News); The Ogilvy Award (Advertising Research Foundation) and The Jack Felton Golden Ruler Award (Institute for Public Relations).

Prior to PRIME, Mark Weiner was the Global Director and Senior Vice President of Ketchum Research where he led an international team of analysts. Before Ketchum, Weiner was the CEO of Delahaye, a global provider of corporate communications and public relations research and consulting. Weiner founded Medialink Public Relations Research in 1994, which then became Delahaye Medialink in 1999 after the acquisition of The Delahaye Group.  He started his career with The New York Times.

Member, AMEC (International Association for the Measurement and Evaluation of Communication)

Jesper Andersen is the managing director and lead strategist of Quantum Public Relations, a Danish consultancy specialised in communication measurement and evaluation. By creating insights, Quantum Public Relations provide clients with ways to improve their communication to help them fulfil their purpose and reach business objectives. For the past decade, he has worked in Public Relations for some of the largest brands in the Nordics and been the head of press relations for VisitDenmark and NCC Construction. He is a popular guest speaker and has been a keynote and panel participant at e.g. Effekt Agenda 2016 and AMEC Summit 2016. Jesper does consultancy for both private companies, public sector institutions and NGO’s – including the European Union’s Regional Development Fund and Interreg co-operation. In 2016, Lissted in the UK put Jesper at number 83 on the list of the Top 100 PR Measurement Influencers in the world.