Welcome to the third edition of the Global Healthcare Communications Summit. Our virtual Summit will focus on PR and communications tactics and trends that will help you stay on top of the latest developments and technology trends in a COVID-19 world. 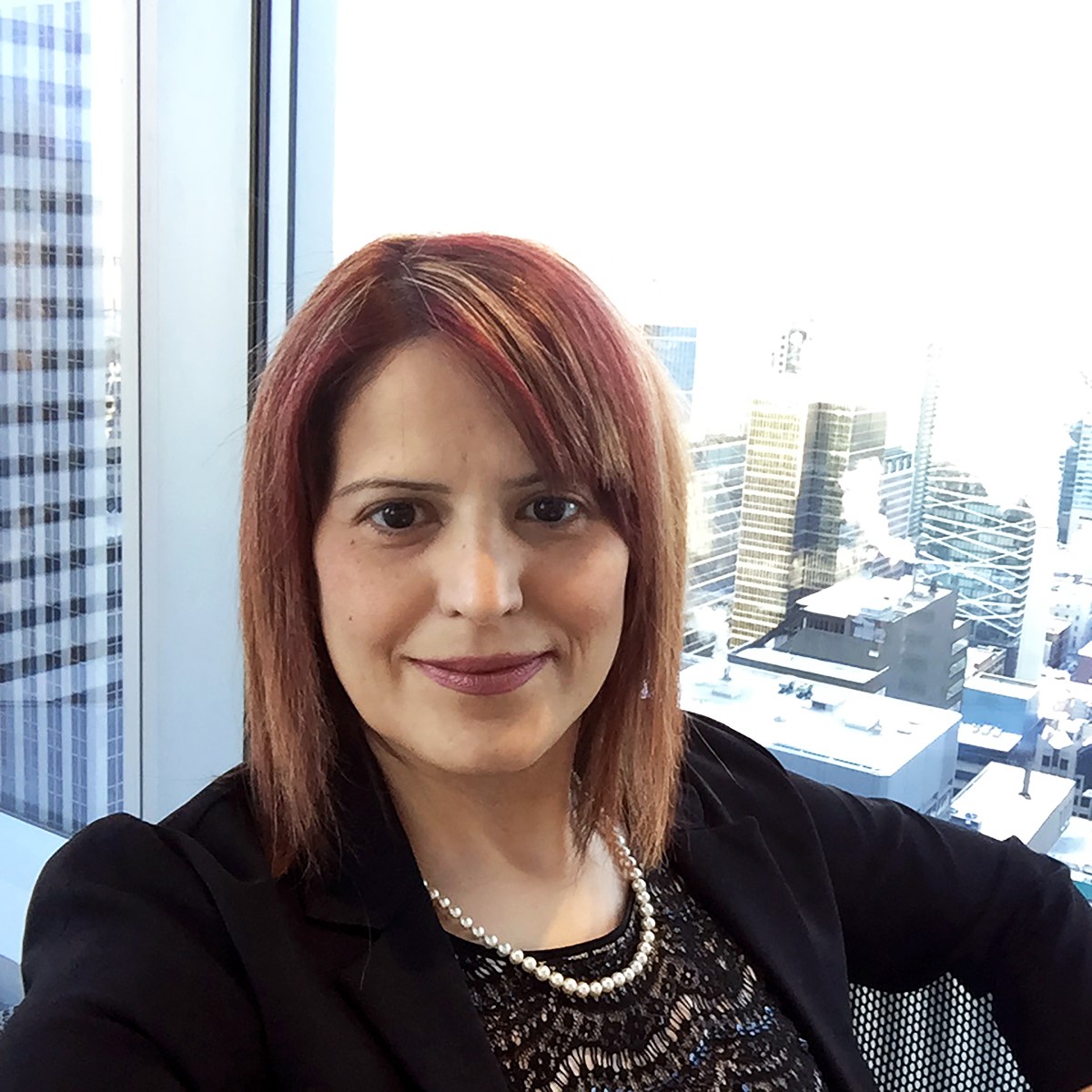 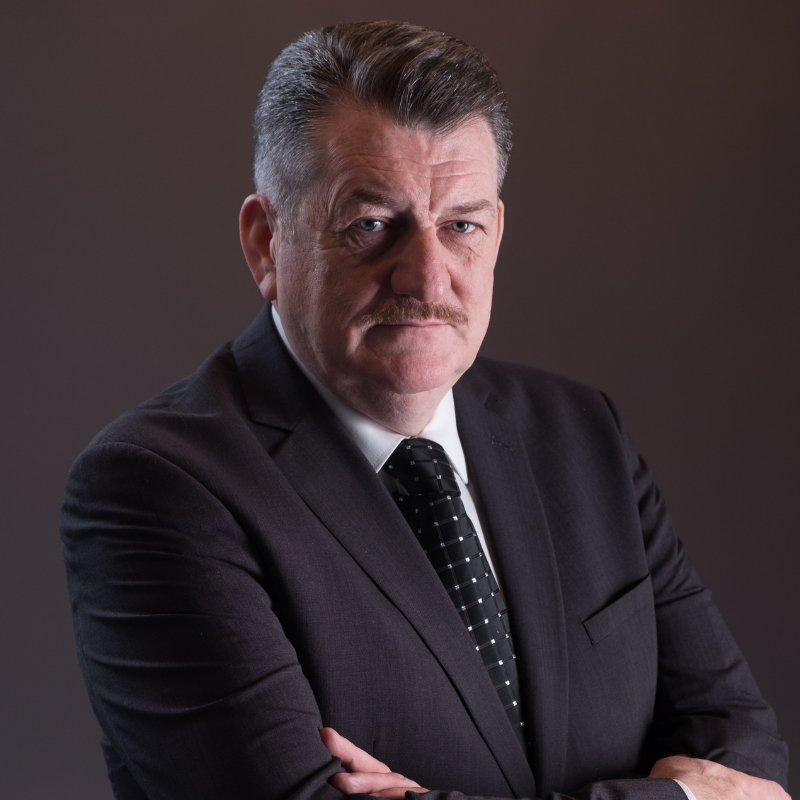 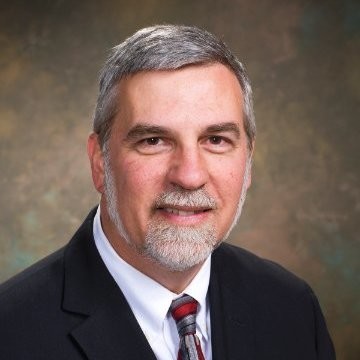 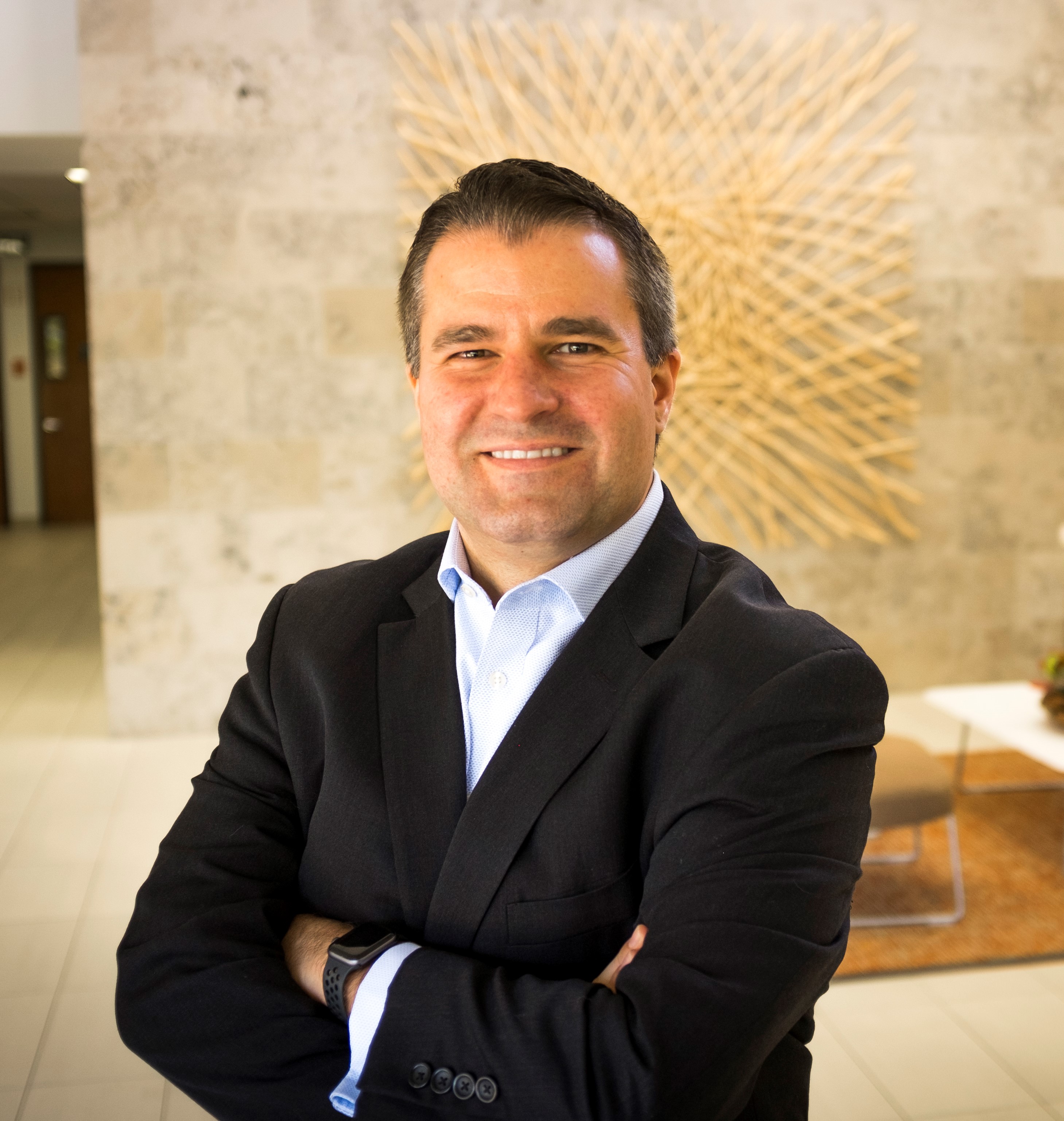 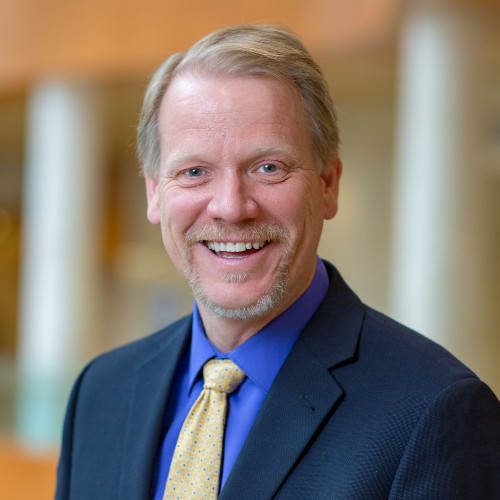 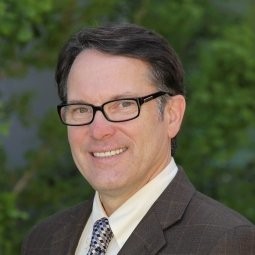 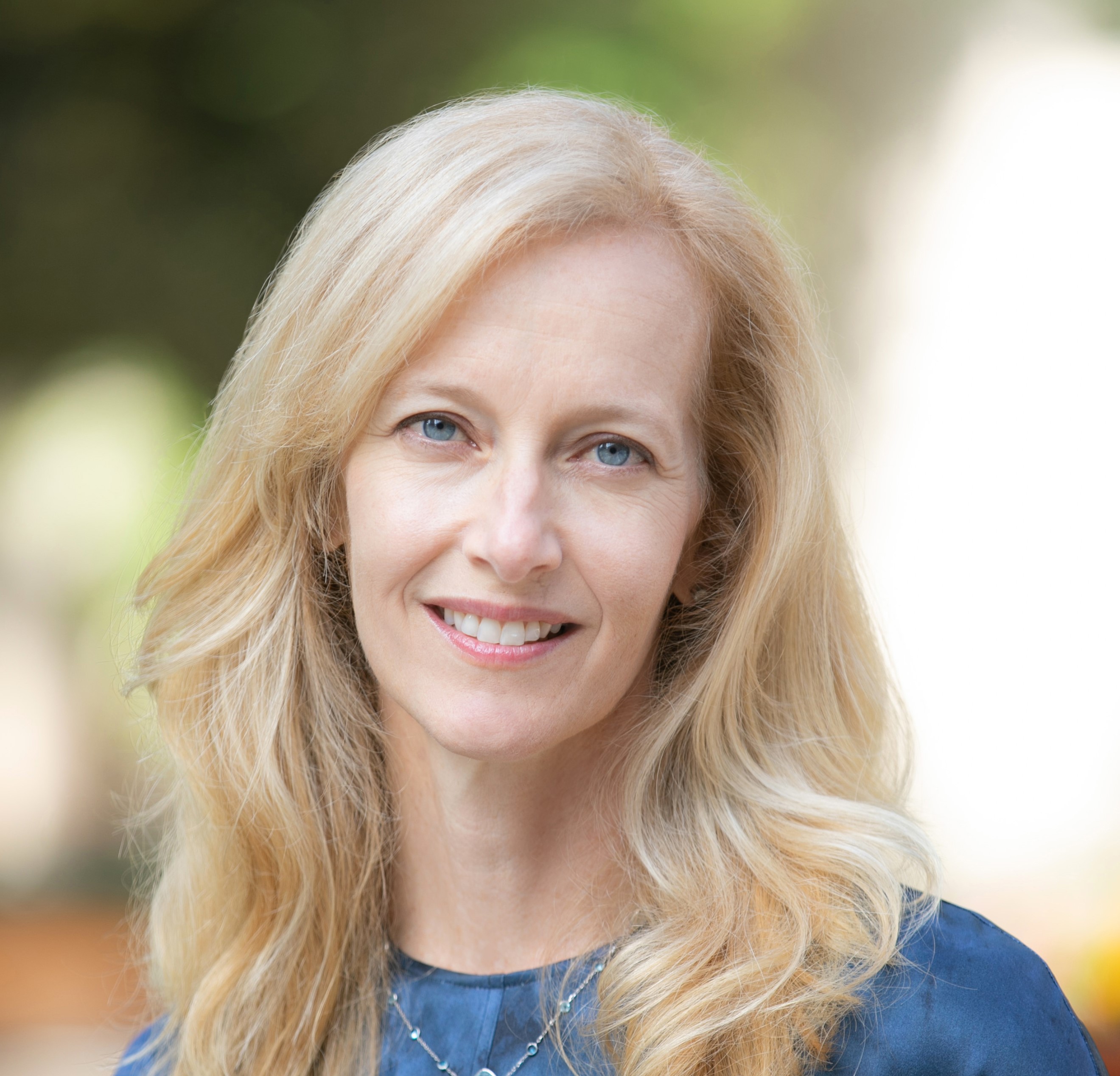 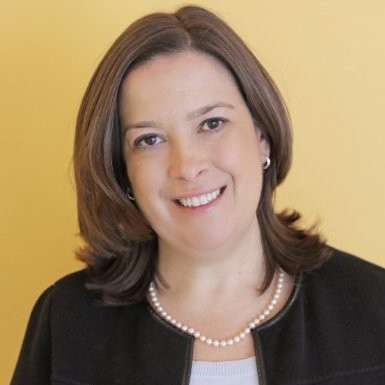 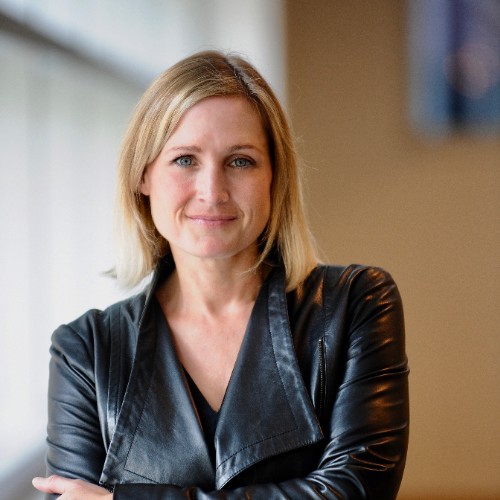 How Social Media is Changing Health Care
In this keynote, Mayo Clinic Social Media Network Director Lee Aase will describe how social media has metamorphosed from an interesting add-on to an essential ingredient in health care communications and marketing. Beyond its public relations and marketing applications, he’ll share the importance of training and equipping both front-line staff and patients to be effective ambassadors, and how to help stakeholders apply social media strategies in their work. Finally, he’ll share resources Mayo Clinic has developed to guide its staff in safe and effective use of social media.
Lee Aase, Communications Director, Social and Digital Innovation, Mayo Clinic

Driving Social Change: A Case Study in Building a Movement for Mental Health

When the goal is as large as eliminating stigma and discrimination, public affairs teams must use everything in their toolkit: corporate communications, media relations, government relations and even crisis communications, to change attitudes and break through societal norms. This is a case study in building a movement for change and the jagged line to progress.

Five Megatrends to Inform Your PR Strategy Until 2025
The rise of the empowered consumer—and importance of trust—has disrupted every public-facing industry. And there are no signs of this trend reversing. The best PR strategies are focused on the long term, much like your organization’s three- or five-year strategic plan. Anticipating market trends is one of the hallmarks of a sustainable PR program and also how you demonstrate the strategic value of your function.
This session explores five megatrends and how they can, and should, inform your communication planning. From increased accuracy and authenticity in messaging to new ways of working due to technological shifts, it’s a brave new world for PR professionals. And they’ll have to expand their skillsets and toolbox to stay relevant and valued for the next five years.
Maliha Aqeel, Director of Global Communications, Fix Network World

Finding Voice and Fueling Velocity in Your Content Marketing Strategy - ​​Employing a Content Marketing Strategy Makes Sense in Today’s Digi-centric Environment – but How do You Make an Impact in a World of Information Overload?
- Evolution of content planning process
- Using metrics to manage internal and external performance
- Sputters and spikes in our growth curve
- Generating organizational support (getting leadership on our side)
- Lessons learned
Nicole Wise, Executive Editor, Yale Medicine

SickKids VS Apathy: A transformational shift in brand strategy to attract new audiences and drive new levels of giving
This case study will detail the development of a category-busting brand strategy for Toronto’s The Hospital for Sick Children (SickKids) which was designed and executed in order to achieve an audacious fundraising goal.
The case study provides clear insight into the rationale behind the strategic shift,  the barriers that were encountered and details of results in terms of brand metrics, social sentiment and fundraising achievements.
A key learning from this session will be insight into effective stakeholder relations and how collaboration breeds support and courage, even in the face of controversy.

Live Chat with Lorenzo Benet, Director of Public Relations, Children's Hospital Los Angeles on how children’s hospitals can utilize media, marketing and website strategy to help educate families and alleviate parental fears on bringing children in for care because of COVID fears.

How Not to Burn Out in a 365/24/7 PR World and the Future of Work-life Balance for Communicators
Patrick Bartosch, Senior Director, Communications, Sanford Burnham Prebys Medical Discovery Institute, San Diego, California

Interactive Crisis Communications Workshop with Donald Steel, Former Chief Communications Adviser at BBC
The cameraphone is rapidly enabling the public to dominate the conversation. We explore how crisis communications is changing, and how you must adapt your crisis plan to meet these new challenges and ensure your reputation is protected. Delegates will be invited to work on a fictitious, very challenging, but engaging scenario. You will come under pressure as a very serious scenario develops and you will leave with take homes that will ensure your crisis communications plan is ready for today’s new challenges. Donald Steel is uniquely placed to lead this workshop. He began his career in Britain’s National Health Service, and after qualifying as an RN, worked in regional and national neurosurgical units in Scotland. He went on to develop a career as a presenter, chief spokesman of the British Broadcasting Corporation and now a widely admired global expert in crisis communications.
In this session we will explore:
- Practical ways you can respond very quickly to avoid losing control of the narrative
- The need for rapid visibility of the Chief Executive or senior clinicians
- How we can communicate visually in the age of the smartphone
- Handling media aggression in a crisis

Maliha Aqeel is an award-winning senior communication professional. She is currently a Director of Global Communications at Fix Network World . She serves on IABC’s international executive board and is a past president of IABC/Toronto.

Her accomplishments include developing ICD’s new brand and revamping ICD’s Director Journal magazine, which earned IABC Gold Quill awards of merit and IABC Canada Silver Leaf awards of excellence. She also led EY’s Tax Canada Bot-a-thon campaign, which won several awards in internal communication and employee engagement including a Gold Quill “Best of the Best”, which represents the very best entries seen from around the globe.

Donald Steel is uniquely placed to lead the workshop on crisis communications in a health care setting.  He began his working life in Britain’s National Health Service.  After qualifying as an RN, he went on to work in regional and national neurosurgical units in Scotland, before moving to a career in broadcasting.  He was a radio presenter and producer, and later joined the British Broadcasting Corporation’s press and publicity division, becoming the broadcaster's chief media spokesman for 11 years.   He is now a widely admired global specialist in crisis communications and corporate relations, and works with a wide range of clients, including UN agencies, leading airlines, government departments, sports bodies and high profile individuals.  His recent crisis experience includes commercial air crashes, allegations of corruption, court proceedings and data theft.  He also regularly advises health care facilities, including a leading London private hospital and highly specialist hospital units.   He is an associate director of crisis communications at Kenyon International Emergency Services, the world’s leading commercial responder to incidents involving death or injury.  He is a Fellow of the Royal Society of Arts, of the Chartered Institute of Public Relations and was the BBC Academy’s first Associate Fellow.   He is in demand as a speaker on crisis communications, most recently in the United States, Canada, Australia, Singapore, Dubai and South Korea.  He is based in London.

Bob Mackle is the Senior Director of Brand Journalism and Media at The Ohio State University Wexner Medical Center. He leads a team of media relations and content professionals in identifying and amplifying the brand’s message using brand journalism and other PR techniques. He’s a frequent speaker at national conferences, including the PRSA International Conference and the PRSA Health Academy. Prior to joining Ohio State, he served as Vice President of Public Relations at the Muscular Dystrophy Association National Headquarters. He also worked as an award-winning journalist at the Dallas Times Herald and taught editing classes at the University of Arizona’s School of Journalism.

Prior to joining Mayo Clinic in 2000, Lee spent more than a decade in political and government communications at the local, state and federal level. He was elected to Mayo Clinic’s Voting Staff in 2016.

Centre for Addiction and Mental Health